THE SHIP THAT WANTS TO RESCUE THE ERITREANS, IS NOT WELCOME BY THEIR COMMUNITY Conceived by the former magistrate Gherardo Colombo’s NGO, the initiative aimed at rescuing migrants from the Horn of Africa, is attracting criticism. For the Eritrean diaspora it helps human trafficking. 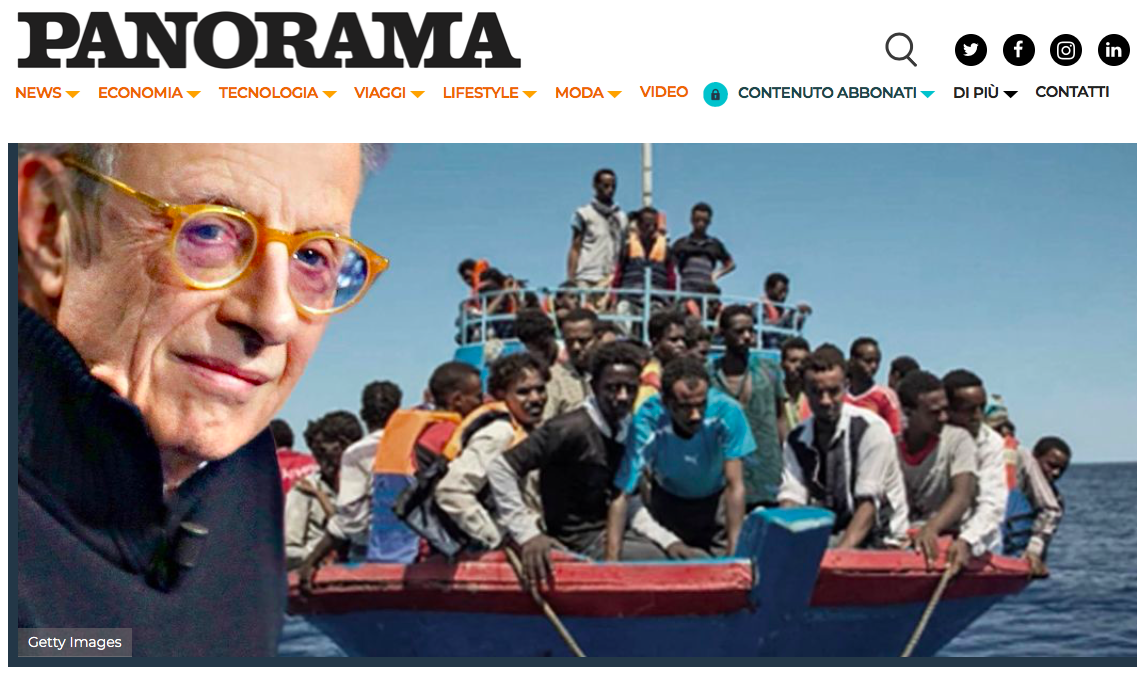 by Francesca Ronchin and Lamina Salom

“Do not fall into the trap”, “do not play the traffickers’ game.” News about the former magistrate Gherardo Colombo NGO, ResQ, is carrying out a fundraising campaign to raise 250 thousand dollars in favor of a rescue ship, Eritreans are in turmoil.The ship is almost ready but ResQ calls it #EritreanResQBoat, a sort of “Eritrean rescue” tool. Despite the NGO describes it as an initiative of the US diaspora, Eritreans abroad not only deny any kind of involvement, but consider it a harmful operation.Countless messages on social media and on zoom meeting, aimed at warning their compatriots who are already in Ethiopia or Sudan to stay where they are, not to be deceived by the promises of a better life on this side of the Mediterranean and not to depart for Libya and then risk their lives on a rubber dinghy as they did.Instead the ResQ promotional video points straight at them and evokes an 8-year-old tragedy, that of 3 October 2013 in front of Lampedusa in which 360 Eritreans lost their lives.It’s surprising to hear talking about an “Eritrean ship” given that in the last two years, since Eritrea and Ethiopia signed a peace agreement, refugees from the Horn of Africa almost stopped to leave.

Those who arrived to Italy in 2021 are about 1.000 and are mostly those who were stuck in Libya; very little numbers compared to those in the years of the Lampedusa shipwreck when they easily reached more than 10 thousand a year. <br> The mind of the initiative is Alganesh Fessaha, founder of the NGO Ghandi Charity (not in honor of the Indian pacifist but from the nickname of her father) and a close partner of ResQ. Activist of the so-called “Eritrean opposition”, Alganesh has never hidden her political agenda of regime-change, and in these weeks, between interviews and fundraising activities, is unstoppable. During an event of June 13th in Tigrinya language, she explains that the ResQ ship is already there. “The Ferenji, the whites bought it”. So what is this fundraising aimed at Eritreans for? “We will see what they will help us with and how many there will be”. Someone asks her if the ship will embark migrants directly from Libya. “No, we’ll stay on international waters and make sure that the boats loaded with people will get in our direction.” However, on the NGO’s website there is no trace of all these fundraising activities . The material, strictly in English, is posted on social media.

“These are initiatives made with Eritreans in US, I have known Alganesh for some time and I know she can count on a great network, she has also many contacts within the UN and the US administration,” Giacomo Franceschini of ResQ explains to Panorama. “After all, we know that the Eritrean diaspora is one of the most active”. In fact, to help their Country to cope with the Covid pandemic, the approximately 40,000 Eritreans in the US have been able to raise 3.8 million dollars in just few days for a total of more than 8 million. Instead, for the ResQ ship, so far there have only been 288 donors and just $ 33,000 collected, not too much considering the initial target of $ 250,000.”We have nothing to do with the initiative” says the National Council of Eritrean American which is present in over 50 cities in the US. “It is an initiative of few individuals and the low participation confirms it”. <br> During some discussion groups on the Higdef Vision, Alena Walta and Wodi Sewra platforms, Eritreans discuss intensely, they are worried about the risk more youngsters will leave their country; they also explain that this type of initiative makes the human trafficking intermediaries to move. Among refugees abroad, Alganesh is well known and she doesn’t seem to have a good reputation. They accuse her of playing the traffickers’ game. Criticism she pushes back to the sender: “Nobody leaves his country if he don’t have a good reason. They don’t certainly migrate because of us”.When we reach her on the phone she is in Niger working at an humanitarian corridor; in few days she will be back to Milan. After years of working with Eritreans who have reached refugee camps in the Ethiopian region of Tigray, since the TPLF, the Tigray People’s Liberation Front, is no longer in power, it has been a while since the last time she was in the region. “Last time I went there was before Covid, but lateley for humanitarian organizations entering in the region has been complicated”. When we point out that from Doctors Without Borders to the World Food Program there are many NGOs currently operating in Tigray, the version changes. “I have always had a permanent visa, it has expired a few months ago but I have valid reasons not to renew it. It is a political evaluation “.

As political seems to be the choice of organizing the fundraising with many activists who belong to the so-called “Eritrean opposition”, often deeply interconnected with the Ethiopian TPLF party and its agenda of a large Tigray aimed at occupying parts of Eritrea.As political rather than humanitarian seems the entire operation carried out in the name of ResQ. Meanwhile, last 17th of June, the Tripoli army announced they have intercepted dozens of Eritreans coming from Sudan on board vans: they were trying to enter in Libya.

35600cookie-checkTHE SHIP THAT WANTS TO RESCUE THE ERITREANS, IS NOT WELCOME BY THEIR COMMUNITY Conceived by the former magistrate Gherardo Colombo’s NGO, the initiative aimed at rescuing migrants from the Horn of Africa, is attracting criticism. For the Eritrean diaspora it helps human trafficking.yes