THE SHADOWS OF UN LOOMING OVER ETHIOPIA
Addis Abeba accuses humanitarian agencies of transporting weapons hidden with aid for Tigray.
And there is a satellite phones procurement done with WHO’s Director placet. 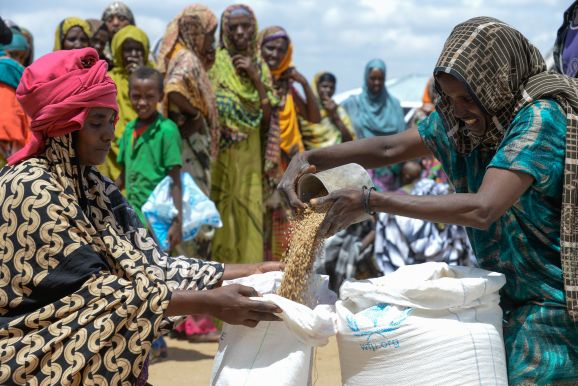 Weapons hidden among humanitarian aid. The Ethiopian government has reiterated an announcement done already in June, before it decided on a unilateral truce with the rebels of the TPLF, the Tigray People Liberation Front currently in charge of the homonymous region in the North. Foreign Minister Redwan Hussein reiterated the concept after the ceasefire: “Ethiopia cannot tolerate unwanted interference disguised as humanitarian operations”. Heavy accusations which they will be confirmed are the most serious point of a long series of unclear and often not super partes attitudes by UN agencies. Although for the reconstruction of Tigray the Ethiopian federal government has declared that it has taken on 70% of the aid, that it has spent more than 2.3 billion dollars for the reconstruction of the region, 20% of the entire national budget, for months the humanitarian agencies like OCHA, accused prime minister Abiy Ahemd of starving the population and using hunger as a weapon of war against their own citizens. “Access, access, access”, repeats WHO spokesperson Margaret Harris but the Ethiopian government has never denied entry to humanitarian agencies as since the 5th of July it has given the green light also to flights prior rigorous checks in Addis Abeba.

In fact, as early as June, the Ethiopian government declared that it had evidence that weapons destined for TPLF rebels were hidden among food aid. According to the Ethiopian public agency ESAT, satellite phones were also found on some trucks of the World Food Program (WFP), very useful in a region where telephone lines have been compromised for months. WFP also found itself at the center of a “diplomatic incident” with the WFP emergency manager Tommy Thompson immortalized together with one of the remaining TPLF leaders, the super wanted Ghetachew Reda the current spokesman for the rebels, while returning to the capital Mekellé holding a satellite phone after months of hiding in the mountains.

While it’s true that the UN agencies can dialogue with all the parties in the conflict regardless of their affiliation, at our the request of some background information regarding the context in which the photos were taken and on the opportunity to host in their compound a terrorist, WFP responded with a laconic “no comment”.

The financial audit commissioned by the WHO has brought the role of humanitarian agencies even more opaque. Fraud and irregularities on the rise, illicit and non-compliance with professional standards, such a heavy allegations that the AIDS Healthcare Foundation, the world’s largest provider of treatments for HIV syndrome, has accused Tedros Adhanom Gebreyesus of “bad management of the pandemic” hoping that is not reconfirmed. Among the 81 pages of the report there is also an unclear supply of 70 satellite phones destined for Ethiopia that has raised the doubts of those who claim that the WHO Director has been particularly distracted by the crisis in Tigray and that he has been dealing more with politics than Covid pandemic. In fact, Tedros has been a long-time member of the TPLF already in the Global Terrorism Database since the 1980s and also classified as a terrorist group by the Ethiopian government since last May. According to the audis, initially, the satellites phones have been requested by the WHO regional office in Addis Ababa “in light of the political crisis in the country” and therefore probably not before November when the TPLF attacked a federal military base, then, to explain the procurement made with an “emergency” procedure, has been used a more neutral justification: “preparations for Covid.” Furthermore, in contrast to the WHO purchasing procedures, a specific brand has been indicated, Thuraya, known to guarantee excellent reception in the most impervious places. Why this procurement has been with such a hurry? Who were the phones intended for? Contacted by La Verità, WHO regional office mentioned to the need to equip all 80 machines in Ethiopia with satellite as required by the United Nations security and telecommunications guidelines (UNDSS -TESS) at the beginning of 2020. If so, then it is not clear why the administrators of the WHO rushed to the procurement only at the end of the year. Question marks that risk to amplify the question marks about what role humanitarian agencies are playing in the conflict in Ethiopia also in the light of a communication anchored to the reports of analysts that seem not independent at all. Prime example is the case of Alex de Waal, director of the World Peace Foundation, who among the collaborators count a well-known member of the TPLF as Mulugeta Gebrehiwat. If in a context of war it would be expected that the versions of both sides would be considered, the UN agencies closely followed by the EU and the US Secretary of State Antony Blinken for months have pointed the finger at the government by systematically omitting the responsibilities of the TPLF.

Nothing has yet been said about the use by rebels of child soldiers and attempts to rekindle the civil war. Curiously, in fact, after the government withdrew its troops on the border on 28 June “for humanitarian reasons and to allow farmers not to miss the harvest season”, the TPLF soon forgot about famines and intensified the fighting against neighboring ethnic groups. No clear reference to those responsible for the killing of hundreds of Eritreans in the refugee camps of Tigray, not even by the UNHCR who joins the chorus of those who are pressing for unconditional access to the region and therefore a reduction in controls on the material transported. Considering that the TPLF is the heir of the government that for 27 years has managed the great humanitarian machine in Ethiopia, and not in the most righteous way since that according to a report by the Global Financial Integrity every year it has stolen more than 2.6 billions of dollars from the State, it is no surprise that current international politics hinges on the old ties that today are at war with Prime Minister Abiy. In a very tense climate, it is to be hoped that the use of hunger as an instrument of political maneuver is just a bad memory dating back to 1985 when to bring down the Mengistu regime, the rebels in the North were supplied with weapons under form of humanitarian aid.

Though, today in Ethiopia there is a democratically elected Premier and a decisive government for the stability of the entire Horn of Africa and Europe itself now at the risk of new migrations flows.

362272cookie-checkTHE SHADOWS OF UN LOOMING OVER ETHIOPIA
Addis Abeba accuses humanitarian agencies of transporting weapons hidden with aid for Tigray.
And there is a satellite phones procurement done with WHO’s Director placet.yes