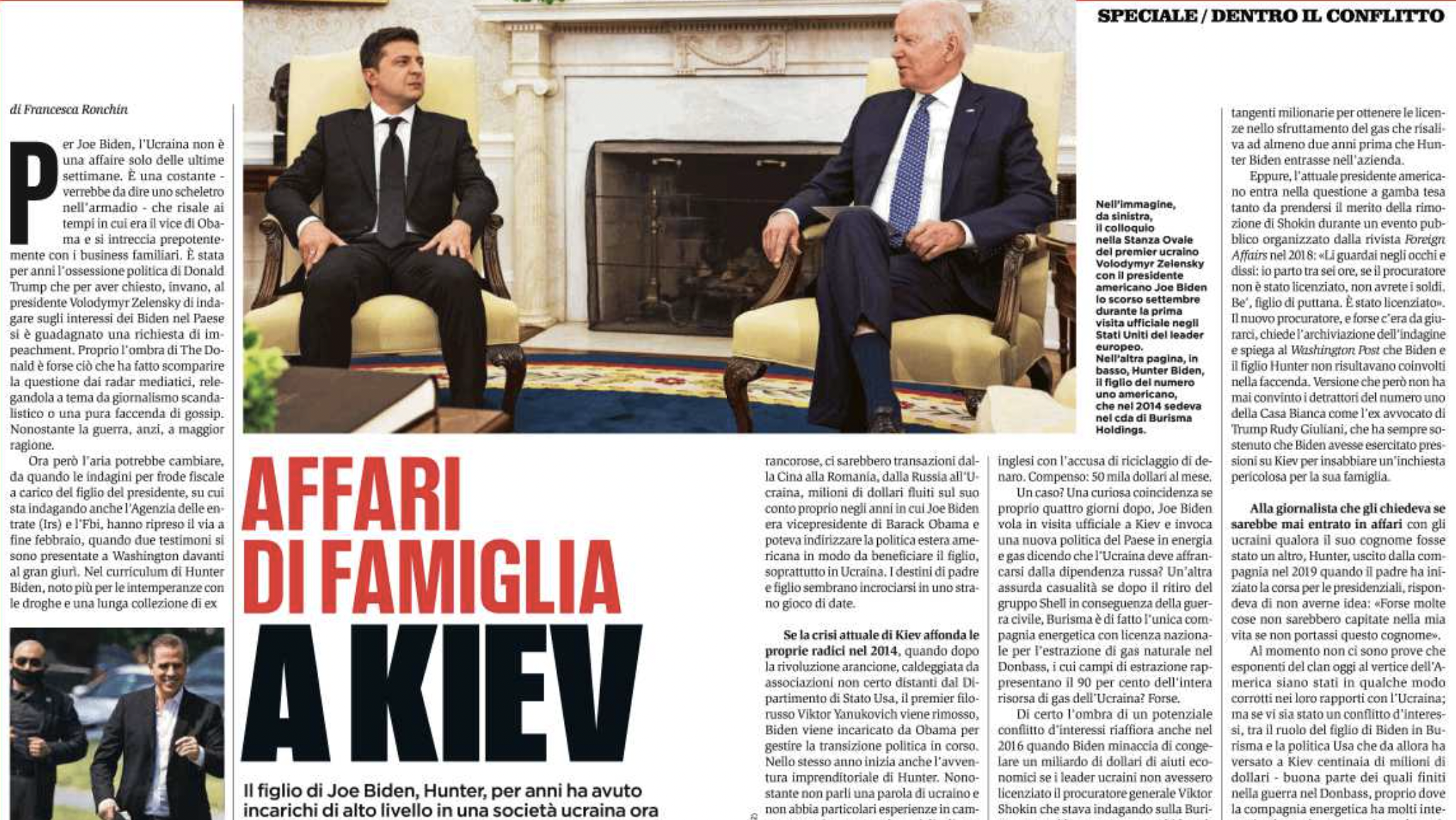 9 march 2022 – For Joe Biden, Ukraine is not just a recent weeks issue. It is a constant thought that dates back to the days when he was Obama’s deputy and that is strongly intertwined with the family business. For years it has been Donald Trump’s political obsession, who for having asked President Volodymyr Zelenskyj to investigate Biden interests in the country, in vain, has earned him a request for impeachment. The very shadow of The Donald is perhaps what made the issue disappear from media radar, relegating it to the subject of tabloid journalism or a pure gossip matter. Despite the war, indeed, even more so. Now, however, the air could change, since the investigation into tax fraud against the son of the President, which is also investigating the IRS and the FBI, resumed in late February when two witnesses they presented themselves in Washington before the grand jury. In Hunter Biden’s resume, known more for drug abuse and a long collection of rancorous exes, there would be transactions from China to Romania, from Russia to Ukraine, millions of dollars flowed into his account in the very years that Joe Biden was Obama’s Vice President and could shape American foreign policy to benefit his son, especially in Ukraine. The fates of father and son seem to cross in a strange interplay of dates.