L’altra faccia della propaganda – The other face of propaganda 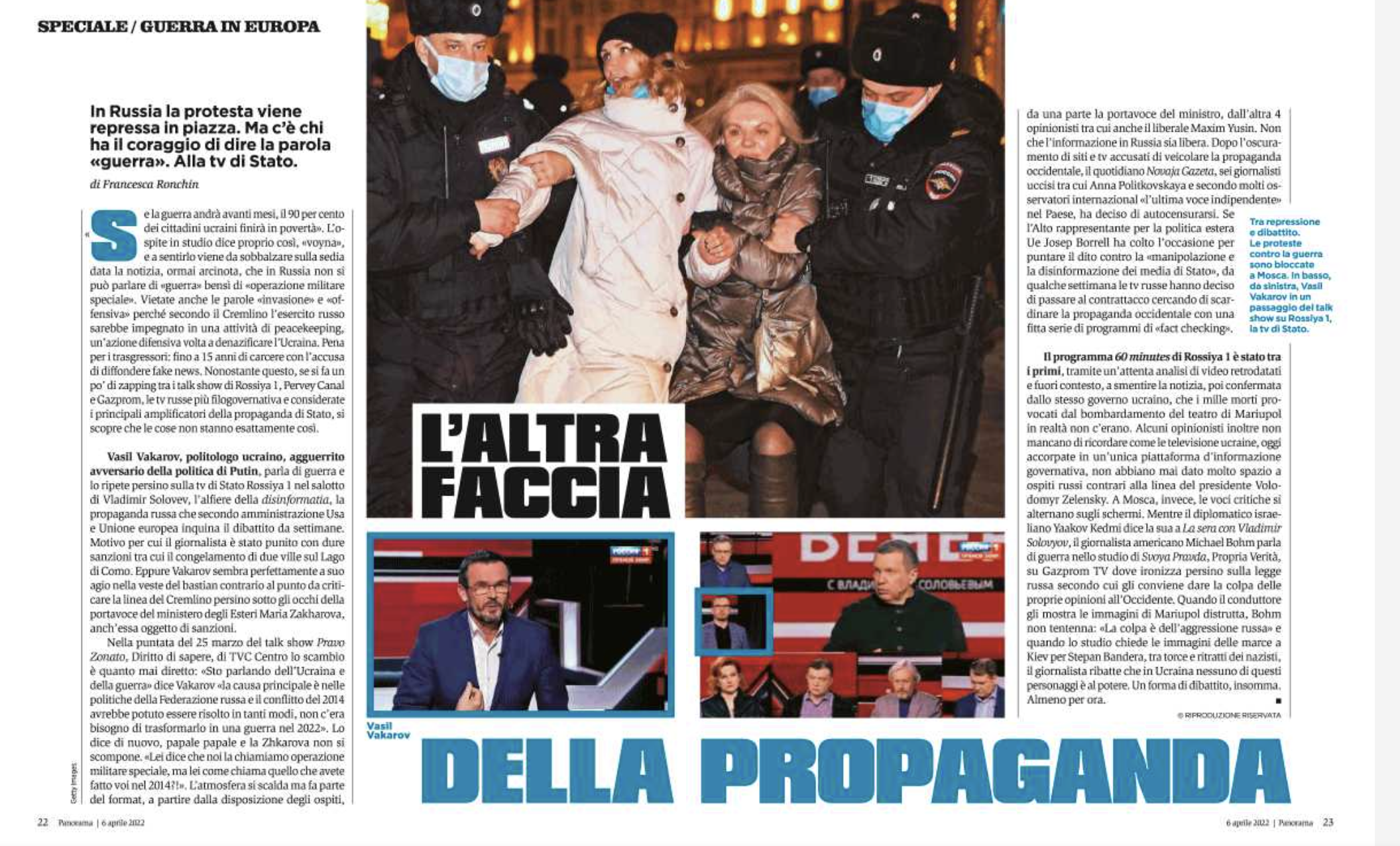 “If the war goes on for months, 90% of Ukrainian citizens will end up in poverty.” The guest in the studio says just like that, “voyna”, and hearing it makes you jump in your chair given the now well-known news that in Russia it’s not possible to mention the word “war” and instead to refer to a “special military operation”. The words “invasion” and “offensive” are also banned according to the fact that the Kremlin and the Russian army are in a peacekeeping activity, a defensive action aimed at denazifying Ukraine. Points of view, they could say in Moscow, except for penalties the seem to be of up to 15 years in prison as part of a law on the increase of penalties for those who spread fake news. Yet, if you zap a little between the talk shows of Rossiya1, Pervey Canal and Gazprom, the most pro-government Russian TVs and about the main state propaganda amplifiers, it turns out that things are not exactly like they are told by most western media.